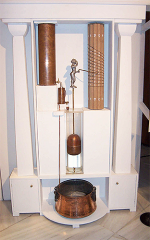 Since ancient times man has imagined automated mechanisms or intelligent devices to take over various activities or parts of his work, in the timeless quest to make life easier, more comfortable and achieve goals not possible otherwise. Automatic control systems (ACS) have a very long history, it is arguably considered that the first such system appeared around the third century B.C. in the form of Ktesibios’s water clock and numerous other examples of such automatic devices being recorded throughout history in different periods of time.

The concept of robot is somewhat younger, only 500 years old and can be traced back to the days of Leonardo da Vinci, his work containing numerous depictions of automated mechanisms or even robotic structures. The actual term surfaced in 1920, when Czech writer Karel Capek published the play R.U.R., short for Rossum’s Universal Robots.

Etymology of the word robot has Slavic origins, with meanings equivalent to work or chore in the Russian and Czech language respectively. American science-fiction author Isaac Asimov made the term more mainstream and also foresaw the electronic brain that controls a robot. He also devised the Three Laws of Robtics.

A robot is, par excellence, an automatic control system that comprises a collection of subsystems, each of them controlled by one or more processing units that are programmed with algorithms to handle specific purposes, a definition accepted by the International Standards Organization (ISO) and other institutions, more information about standards can be found in our dedicated article.

There are various criteria by which automatic systems can be classified. These are:

Automatic stabilization systems must maintain constant the value of the regulated parameter, with a certain imposed precision, determined by the variation range of external disturbances influencing the system. In such systems the input the reference which is constant at a certain operating mode. Input and output signals may be of different nature.

Systems with programmed regulation must ensure the variation of the regulated parameter according to a predefined pattern that determines the input. The systems are actually a special case of input following systems, with the only difference that the input variation characteristic is known beforehand.

Extremum seeking systems are designed to keep their operating mode at an extremum value, either minimum or maximum, of a function that governs the system defining certain a certain index or indexes – e.g. performance, quality, efficiency, etc. This function can be dependent to either a single variable or multiple variables, which consist of the system’s operating parameters.

Such systems are different to standard regulation systems in the way that the extremum value must be computed or sought permanently, and then the adjustment or tuning of the system must be accomplished. Seeking the extremum is a basic operation that is unique to this type of systems while tuning is equivalent to error suppression mechanisms in regular automatic systems, and because of these attributes they are also called automatic tuning systems. The seeking and tuning operations must take place because extremum functions are non-univocal, therefore it is not known beforehand if the current operating mode is above or below an extremum. Such systems employ closed-loop control because the actual output of the system is measured and taken into account.

Optimal control systems take into account not only current values of various parameters, as in extremum seeking systems, but also their time variation characteristics, employing functions and their derivatives to define relationships between variables. Complex mathematical models, dynamical programming and other techniques are required to accomplish this type of control hence a certain amount of processing power is implemented in control units of such systems.

Adaptive systems are designed to continuously monitor and take into account external disturbances acting upon them. Such disturbances can alter the operation of a system o a great extent and can drive internal parameters outside predefined limits, generating important regulation errors and can even completely disable the system. Therefore such a system must be able to alter its internal parameters and sometimes even its structure to keep its output close to predefined internal models or algorithms.

Adaptive systems are able to asses performance on their own by measuring internal state variables, output or by calculating various performance indexes, making decisions by comparing references to actual parameters and performing alterations in parameters in structure based on their decisions.

Open loop control does not take into account any external parameter. Internal algorithms of a system handle all control tasks and relevant functionalities must be foreseen and implemented.

In the diagram above we have the Process with an output y(t), an input i(t) and a disturbance f(t). The system input is generated by a generic Transducer, which can be replaced by a routine or a program, and is sent to the Control device. This device, which handles all signal conversion tasks, generates the control signal u(t) which is sent to the Execution element which performs a physical task m(t) in the Process. We can see that no external parameters or outputs are measured, the accuracy of the system relies solely on construction.

Feed forward control is employed when a system is subjected to important external disturbances and predefined functionalities cannot be carried out with a certain amount of precision. In this case external disturbances are measured and taken into account when computing commands, compensating for their effects upon the system.

In this diagram we have a Measuring device which monitors disturbance f(t) and sends information u2(t) to the Algebraic summator which adds it to u1(t) generated by the Control device and generating command u(t)which takes into account not only the default response of the system but also the value of the disturbance.

A disadvantage of this type of control is that not all types of disturbances influencing a system can be taken into account, therefore in time errors in operation will appear at a certain moment. This control principle is employed in combined control systems, together with feedback control to enhance the precision of the latter.

In this type of control a Feedback transducer is employed which measures the Process output y(t) converts it and sends the information r(t) to the Comparator. The device compares input i(t) and r(t) and generates the response ε(t) which represents the error of the system. If there is no difference between the input and the output of the system then m(t) will be constant.

Components of an automatic control system in a robot

If we refer to the feedback control diagram above we can imagine an analogous automatic system found in a robot. Such system is comprised of:

Walkthrough on Controlling a Stepper Motor 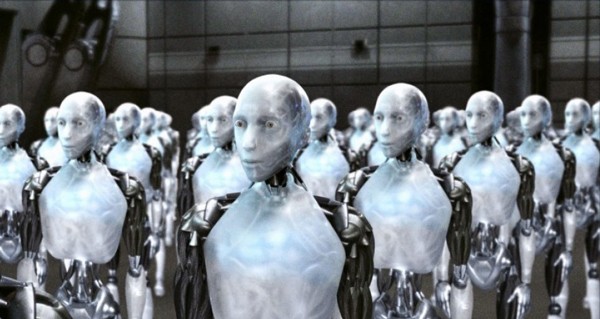 Stepper Motors and Their Principles of Operation 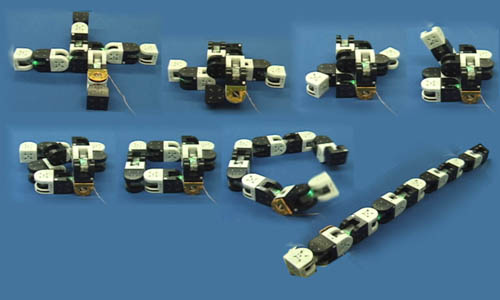 All About Self-Reconfiguring Modular Robots – Advantages and Disadvantages 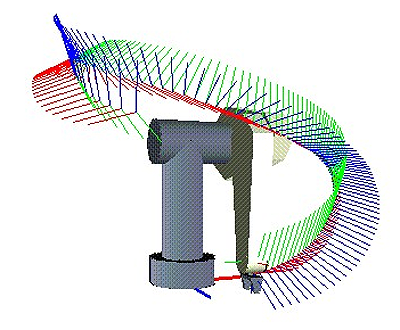